It had its longueurs, and since 1984 some of them have got longer, owing to current events amnesia, while a certain pathos has crept in with the deaths of so many of the character prototypes.  On the other hand, both Mrs T and Her Majesty are still pretty much on the money.  A running gag about the hunt for President Reagan’s missing brain makes one feel a bit squirmy, and jokes about ayatollahs and Diana are even nearer the knuckle.

For those of us of a certain age:

the Norman puppet elicits a rich assortment of ambivalences.

lxxvii : Turn out the understairs cupboard

Though nine frames for paint rollers seems excessive.  Perhaps they breed too.

A small stack of post-it notes emerged from a heap of random paperwork. 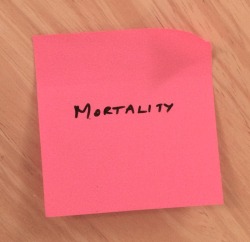 The set must have meant something once.

one instalment of an indefinite journey.  On this basis it could  be a long one.

The river has come into flower,

then time to inspect the railway terraces,

and then a few moments with another river. There are plenty of rivers to go around.

Impossible now to capture a street scene without cars bunging it up.

Sitting among the weeds with a sandwich was in no way disrespectful,

while inside, this was sad for several reasons.

Here is a site of resistance against the monstrosities of the ring road.

I’ve always had a weakness